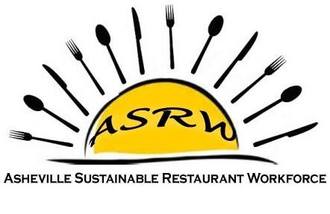 The Asheville Sustainable Restaurant Workforce is a local worker founded, worker funded, advocacy group. We aim to improve the economic environment and human rights of restaurant workers in WNC through awareness, advocacy, and action. Although we don’t participate as one yet, we are a community. ASRW is an attempt at that noble goal- to become a community, to share empathy and use our voice as workers to seek representation and improved conditions. We are the foundation of Asheville’s hospitality economy and we deserve a seat at the table!