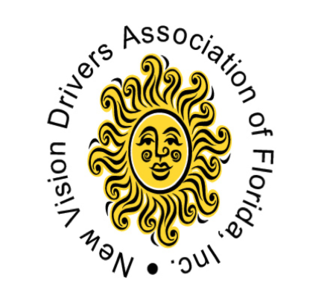 The initial idea of forming New Vision Taxi Drivers Association of Miami, Inc., came in July 2003 when a group of Professional Taxi Drivers, mostly Haitian descent, gathered at Flamestar Lodge to discuss how to respond to different types of unfair treatments as well as poor working conditions, racial profiling, and anti-cabdriver bias Ordinances.

In October 2003, New Vision Taxi Drivers Association of Miami, Inc., was formed officially by the core leadership from that group of Professional Taxi Drivers to develop a short and long-term strategy to organize Miami Taxi Drivers for the purpose of attaining better working conditions and respect for the human rights of every single taxi driver.

Eleven years later, after winning many battles, the Association changed its name to the New Vision Drivers Association of Florida, Inc., to fight against injustice and pave the way for justice to be served for all for-hire transportation drivers.