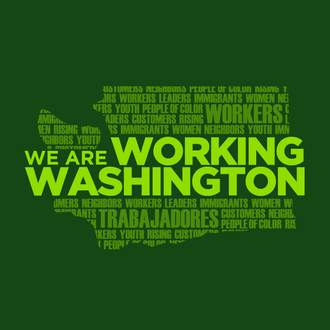 Our mission is to build a powerful workers movement that can dramatically improve wages and working conditions, and change the local and national conversation about wealth, inequality, and the value of work.

Working Washington fast food strikers sparked the fight that won Seattle’s first-in-the-nation $15 minimum wage. We successfully drove Amazon to sever ties with the right-wing lobby group ALEC and improve conditions in their sweatshop warehouses. We helped lead the winning campaign in SeaTac for a $15 living wage. And we made history once more when Working Washington baristas and fast food workers led the successful fight for secure scheduling in Seattle.