To: Carrie Tolstedt, Head of Community Banking at Wells Fargo

The Committee for Better Banks

The Committee for Better Banks 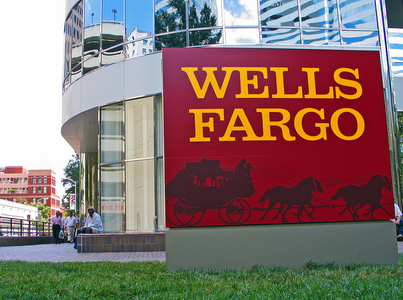 Lying and cheating should never be tolerated in the workplace -- especially at a financial institution. But the situation also suggests that Wells Fargo take stock of its community banking program and the sales goals employees are pressured to meet each week.

According to the Times, the pressure to meet sales goals can be intense. Managers have required sales agents to stay late and call their friends and family members to open accounts in order to meet sales objectives.

Sales at all costs is no way to build trust with our communities. Everyone has unique banking needs, and Wells Fargo employees pride themselves on being able to deliver quality products to individuals and community businesses. But when aggressive sales goals compete with customers' needs, one side always wins. We're calling on Wells Fargo to immediately review its community banking program and lower excessive sales targets for team members.

We are delivering this petition to Wells Fargo leaders on April 13th, our National Day of Action for Bank Workers.

Petition is successful with 11,712 signatures

Petition is successful with 11,677 signatures

Petition is successful with 11,673 signatures

After we hand-delivered your signatures to the bank, Wells Fargo CFO John Shrewsberry responded to our concerns in an interview with Reuters: http://www.reuters.com/article/2015/04/14/us-wells-far-crosssell-idUSKBN0N51X720150414

Check out coverage of our petition in the Guardian! http://www.theguardian.com/business/2015/apr/12/well-fargo-workers-protest-sales-quotas

"To some, that pressure and the dread of losing their jobs led them to make bad, and sometimes illegal decisions. In addition to opening up duplicate accounts, one of the 30 Wells employees dismissed in October tells the Times that people at the bank used a company database to identify customers to pre-order credit cards for customers who had been pre-approved.

“They’d just tell the customers: ‘You’re getting a credit card,’” explains the former employee, who said that when customers would complain about the unasked-for cards, a manager would just chalk it up to a computer glitch. "