To: National Whistleblowers Center Board of Directors 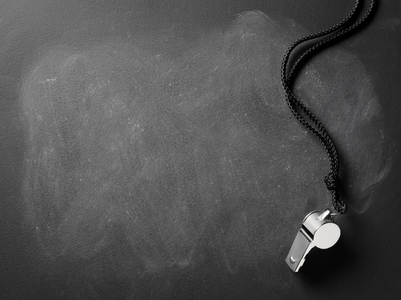 When you hear the name National Whistleblowers Center you don’t expect to hear that their workers were silenced, but that is just what happened. We want the Board of Directors to make sure the Center never uses gag clauses.

We thought that working for the National Whistleblower Center (NWC) meant that we would be free to question our employer. We were wrong. We, attorneys Richard Renner and Lindsey Williams, along with three of our co-workers, were fired after questioning our bosses about the NWC’s finances and trying to organize a union.

It all started when the NWC announced the historic $104 million award granted to UBS whistleblower Bradley Birkenfeld. Shortly afterward, the NWC founders told us that despite our hard work and the influx of cash, they were unable to afford the raises they had repeatedly promised. This did not make any sense to us. After our questions were ignored, we attempted to organize a union as a way to force them to be more transparent with their finances. Retaliation was swift and harsh. We were all fired on November 5, 2012, one by voicemail.

To add insult to injury, the severance agreements they offered included an appallingly broad gag clause. The proposed agreements said if we accepted the money we could “not, criticize, disparage, or say or do anything that casts [the employer] in a negative light” to “any other person.” There is huge financial pressure on employees to sign these types of gag clauses. In fact, The Whistleblower’s Handbook written by one of the NWC founders, Stephen M. Kohn, has an entire chapter encouraging employees not to sign gag clauses. Apparently, he did not mean that advice to apply to his own employees.

Three of our co-workers signed the agreements. We refused because we believed that the gag clauses violated labor laws and NWC’s stated mission. We filed unfair labor practice charges with the National Labor Relations Board (NLRB) in January 2013. The NLRB investigated the charges and found enough evidence to proceed with prosecution against NWC for wrongful termination. We were finally able to reach a settlement shortly before the trial would have begun.

As part of the settlement, the NWC agreed to remove all mention of our terminations from their records and post a notice to all employees that they would not be retaliated against for exercising their legal rights to work collectively to improve their wages and working conditions.

We want the NWC Board of Directors to publicly state that gag clauses in severance agreements (or other employment agreements) are against the core mission of the organization, in violation of the National Labor Relations Act, and, therefore, will not be used by the NWC in the future. We also want NWC to commit that existing gag clauses will not be enforced. We don’t want what happened to us to happen again.

Our case serves as a reminder that any worker can have his or her legal rights violated – even lawyers. It also reminds us that every employer should be held accountable when they break the law – even the National Whistleblowers Center.

As Melissa Harris-Perry proved this week, there is power in speaking out: “They wanted me not to speak about MSNBC. I said no.” Check out my post on Medium about what this has to do with non-disclosure agreements/gag clauses: https://medium.com/@Lindsey4Workers/melissa-harris-perry-bravely-refuses-to-sign-gag-clause-899019c2481f#.ry2hkj2ph