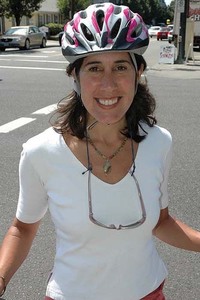 We are the mechanics, drivers, technicians, dispatchers, and office workers who helped build Capital Bikeshare and set the standard for bikesharing programs nationwide. We're writing to ask you to do the right thing: comply with the Service Contract Act and pay us all the wages and health & welfare benefits that you committed to pay in Alta's contract with the Washington DC Department of Transportation (DDOT).

In 2010, former paratrooper and 25-year bike industry veteran, Bernie, helped build the first Capital Bikeshare bikes to hit the street. He worked for 2 years, half-time, doing fleet repairs and never saw a dollar of health & welfare benefits. At 2010 contract rates, Alta owes Bernie about $6,500 in backpay. His fellow mechanics, Samuel, Jeff, and Fhar are each due over $5,000.

Omar and Spencer pedaled the city streets for two years, doing on-site bike repairs and responding to emergencies. They were hired with the promise of immediate benefits but had them revoked within a month of hire. Working 35-40 hour weeks, Omar and Spencer are each due over $12,000 in Federally-mandated health & welfare benefits.

Anibal, Scott, Greg, Zeek, John, Kermit, and other rebalancers* have hauled countless truckloads of bikes between docking stations in grueling 9-hour shifts. All were hired with the promise of raises within 90 days and benefits soon after. Scott worked for $13 an hour for over 6 months while the contract wage was $17.90. Multiple rebalancers are still waiting for benefits a year after hire and still get paid below the contract wage. A year's benefits at the 2012 contract rate is over $7,400.

Mia, do you remember when you shipped us free copies of your book, Joyride: Pedaling Toward a Healthier Planet? It was inspiring to read that we must, "See the bicycle as a tool for empowerment and social change, not just sport or transportation." We couldn't agree more. However, the title left some of us wondering where we fit into that “healthier planet” as we worked without healthcare, doing dangerous jobs on busy streets and in a filthy warehouse by the Superfund section of Southwest DC.

Given our situation, we were surprised to discover that Alta repeatedly signed a Federal contract with DDOT, agreeing to pay specific prevailing wages and health & welfare benefits to all Capital Bikeshare workers in compliance with the McNamara-O'Hara Service Contract Act. These wages and benefits apply to all workers under the contract regardless of full or part-time status (29 C.F.R. § 4.176).

We helped build Alta's flagship bikesharing program in DC and we're proud to see Alta landing big contracts all over the USA as a result of our hard work: Citi Bike in New York, Divvy in Chicago, Hubway in Boston; Puget Sound Bikeshare in Seattle; San Francisco, Columbus, Baltimore, Portland... It would be a shame to see bad labor practices pollute the growth of such a socially and environmentally important industry.

Mia, it's time for Alta Bicycle Share to play fair and set an example as a leader in good green jobs. Here's how:

2) Comply with the letter and the spirit of the Service Contract Act, from here on out.

3) Commit to paying strong living wages and benefits to Bikeshare workers at every Alta-operated Bikesharing program from New York City to the San Francisco Bay.

We trust that you will take prompt action to address these challenges as we all pedal together towards a sustainable future.

Looks like we underestimated the contract wage for Rebalancers. It's actually $17.90 (corrected above). For more details and references see http://bikeworkers.tumblr.com/post/52937002069/what-do-you-get-for-driving-a-2-5-ton-truck-for-9-hours