Starbucks: Give us a fair workweek!

Starbucks baristas in 12 states say they are now receiving as much as three weeks' notice of their schedules! The company has asked workers for more input into their schedules and seems to be rolling back the terrible practice of "clo-penings" (working back to back, opening and closing shifts). We started this campaign to demand Starbucks give us one-month advance notice of our schedules, stable hours, and access to full-time work. And the baristas we've heard from are saying things in their stores are changing.

Thanks so much for joining us. Your voice -- and that of the more than 7,800 other signers of our petition -- was crucial in bringing about more predictable schedules for thousands of baristas. 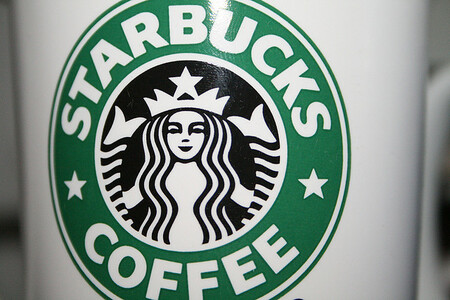 Earlier this month, Starbucks made an announcement about their scheduling practices in response to worker outcry.

Customers, employees and shareholders are now calling on Starbucks to provide fair schedules for their employees -- one month advance notice of schedules, stable hours, and access to full-time work.

We’re Starbucks employees and we love our customers. Every single day, dedicated customers like Georgia, Chris, Jim, Herb, Colleen, Anna, Rob, Sandy, Charlie, Tim, Mike, Mark, Ashley, Lee, Andie and countless others come into our stores, order their drinks, and share a little bit of their day with us.

Our customers are loyal, consistent, and predictable (about their drink orders, at least!) and we love serving them. But we need Starbucks to treat us like we treat our customers.

We, employees of Starbucks, demand Starbucks give us one-month advance notice of our schedules, stable hours, and access to full-time work.

We regularly have schedules that fluctuate from 15 hours to 40 hours to no hours. We often get our schedules less than a week in advance — that’s not nearly enough to plan for childcare, another job, or school… or enough to cover our bills. And few baristas actually get those health benefits Starbucks brags about because it costs too much or they don’t work enough hours to qualify.

Jannette Navarro, a Starbucks barista and young mom, just told her story in the New York Times of the constant chaos of an erratic Starbucks schedule:

“You’re waiting on your job to control your life,” she said, with the scheduling software used by her employer dictating everything from “how much sleep Gavin [her son] will get to what groceries I’ll be able to buy this month.”

All across the country, Starbucks baristas like us sold copies of the New York Times paper that exposed what it's like to be one of the 130,000 workers making the lattes that keep America going every day. We are a few of those baristas and, like Jannette, we also struggle with the nightmarish "magic" of Starbucks' computerized schedules.

After the article came out, Starbucks responded with an announcement that they will now post schedules one week in advance and stop giving baristas closing and opening shifts — we call them "clopens" — back to back. Basically just adhering to policies they already have – and this isn't enough.

We are coming together with our dedicated customers — like you — and asking Starbucks for one-month advance notice of our schedules, stable hours, and access to full-time work. There's no reason why our work schedules can't be as consistent as our loyal customers who line up for their morning “Venti soy latte”.

Petition is successful with 8,045 signatures

Petition is successful with 7,986 signatures

Petition is successful with 7,987 signatures

Petition is successful with 7,964 signatures

Petition is successful with 7,845 signatures