Uber: Give consumers the option of adding a tip to all Uber fares

Uber announced on June 20, 2017 that it will be making in-app tipping available to all U.S. drivers by the end of July 2017. Read the announcement here: https://pages.et.uber.com/180-days/ 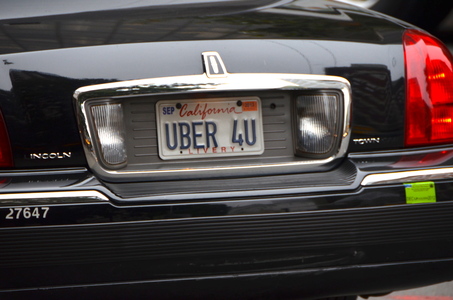 Despite common misperceptions, a gratuity or “tip” is NOT included in traditional Uber fares. The California App-based Drivers Association (CADA) is asking Uber Technologies to add an automatic tip calculation to all of its consumer transportation service fares, not just UberTaxi.

Uber initially marketed its transportation service as a seamless and cashless experience where the tip was included in the fare calculation. In fact, the fare calculation was, and is simply based upon time, distance, tolls, and surge charge. Notably absent is a gratuity. Eventually, Uber moved away from saying that the “tip is included in the fare” to a more ambiguous “there is no need to tip.”

Based upon Uber’s global marketing, many Uber customers falsely believe that the Uber fare includes an automatic tip. While UberTaxi does include an automatic tip, the UberX, UberXL, UberPlus, UberBlack, and UberSUV platforms do NOT include any gratuity at all.

Uber is fully aware of the confusion that exists in the marketplace regarding the tips. In fact, Uber’s present independent contractor agreement advises drivers that there is “no tipping.” But then, in the same sentence, advises drivers that Uber may, through advertising and marketing, communicate to customers that “tipping” is “’included in the Service Fee paid by the User.”

In a recent commutation to an Uber customer, however, the Company clarified the tip issue by saying: “There’s no function that will allow riders to tip their drivers for vehicle options other than UberTaxi. That means for uberX, uberBlack, and the rest of the Uber services, you can’t leave a tip. And yes, the fare is simply a calculation of the base fare, time, distance, tolls, and surge rate.”

Uber passengers deserve to know the truth and to have the option to tip within the app if they choose.

This means many of Uber drivers are taking home a lot less for our work than we used to, and we have to increase our hours behind the wheel by up to 50% in order to make up for the reduction in fares, and Uber's increased commission.

Allowing a way for users to provide tips to drivers would make a huge difference to drivers and the families for which many of them are providing. It would also be a boost for driver morale and another incentive to great service.

It shouldn’t be hard for Uber -- a tech company -- to create options within the app to allow customers to automatically tip their drivers. In fact, they are already doing it -- for uberTaxi, one of Uber’s services, users can request a ride from a regular cab through the app, and a default 20% tip is included in the fare (and app users can adjust that percentage online). If it can be done for uberTaxi, surely an innovative tech company like Uber could develop a solution for users to provide tips for drivers across all of its different services -- just like its competitor Lyft offers.

Placing an automatic tip within the Uber app would be a win for both customers and drivers alike. Please join CADA in asking Uber to update its technology by adding a 20% default tip to ALL Uber fares.

Petition is successful with 3,378 signatures

Petition is successful with 3,283 signatures